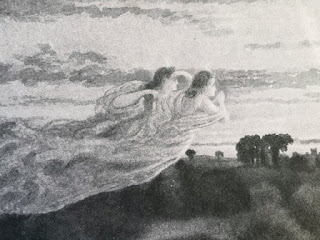 At Christmas time, we sing carols about angels, decorate our trees with them, see them depicted in movies, and, most importantly, read about them in the Christmas story in the Bible.  The Bible says that shepherds were keeping watch over their flocks at night when an angel appeared and told them about the birth of Jesus taking place in the nearby village of Bethlehem.

What exactly are angels?  Mary Baker Eddy, a Christian leader and healer, wrote the following about angels in her book Science and Health with Key to the Scriptures:


"Angels are not etherealized human beings, evolving animal qualities in their wings; but they are celestial visitants, flying on spiritual, not material pinions.  Angels are pure thoughts from God, winged with Truth and Love, no matter what their individualism may be."

Can we expect to encounter angels in our own experience?  Where and how?

I encountered an angel once when I was praying quietly before an ice hockey game.  A voice said to me "Wear your throat guard."  I was startled!  Looking around, I didn't see anyone! However, I had heard the voice so clearly that even though I had not worn my throat guard for many seasons of play, I dug deep into my equipment bag, found the guard and put it on.  Later, during that game, I was in a collision so violent that the face shield on my helmet was broken off and thrust into my throat.  Although shaken, I was unhurt... and grateful for the angel message that I had received before the game!

You can learn more about the angel thoughts that God sends us in Eddy's book.  Science and Health with Key to the Scriptures can be read, listened to, or purchased online.  You can also read, borrow or purchase the book at the Christian Science Reading Room, 4602 Plettner Lane in Evergreen, Colorado. 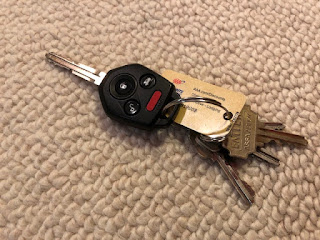 My car keys were missing!  I had looked everywhere for them with no success.  Then I did what I should have done initially- I prayed.  My prayer centered around an idea I had read in the book Science and Health With Key to the Scriptures.  The author, Mary Baker Eddy wrote:


“God is Mind, and God is infinite; hence all is Mind”

"Everything must be known to the Mind that is God", I reasoned.  This seemed logical and certain.  As I contemplated this, I looked at the floor in my closet and saw my keys.   I had looked repeatedly in the closet, but this time my eyes focused on this one specific spot!  The Mind that is God had directed me where to look!

To learn more about God as Mind you can read Science and Health with Key to the Scriptures online or purchase it from major booksellers.  You can also read, borrow, or purchase the book at the Christian Science Reading Room at 4602 Plettner Lane in Evergreen, Colorado.