Ending Political Deadlock by Acknowledging the One Mind 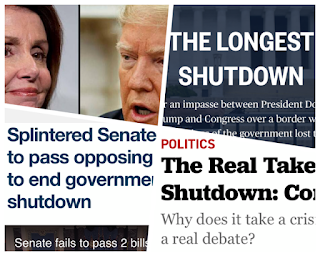 As the government shutdown over funding for a border wall continues, we might wonder, "Is there is anything that I can do to bring the two sides together?"  Some might suggest calling our political representatives, writing letters to the editor, or joining in protests.  Mary Baker Eddy, a Christian writer and healer, suggested a radical idea in her book Science and Health with Key to the Scriptures:


"The exterminator of error is the great truth that God, good, is the only Mind, and that the supposititious opposite of infinite Mind - called devil or evil - is not Mind, is not Truth, but error, without intelligence or reality."

Although this spiritual truth may seem nice, but unrelatable to our human situation, in my experience I found that it is a basis for prayer that yields practical results.  To give one example, I was once on a committee to select a contractor to do some work for several government agencies.  The members of the committee had diverse opinions of who and what was needed.  Just prior to our final meeting to select a contractor, I took some time to pray for our work.  Considering Eddy's statement, I affirmed that all members of the committee were governed by this one divine Mind.  This gave me a sense of peace about our meeting.  As we gathered to make our decision, there seemed to be tension and committee members were joking about needing baseball bats.  However, one person suggested that before we have any discussion, we take a secret vote and list our top choice.  To everyone's surprise, we voted unanimously for the same contractor.  The meeting was over in record time!

Let's join in our prayers and affirm this great truth that God, good is the only Mind.  It can have a healing effect!

You can read more healing ideas in Eddy's book.  You can read Science and Health with Key to the Scriptures online or purchase it at major book sellers.  You can also read, borrow, or purchase the book at the Christian Science Reading Room at 4602 Plettner Lane in Evergreen, Colorado.

Recognizing the Harmony of Life 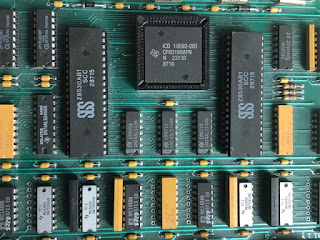 It was past nine on a Friday evening and things weren’t going well.  My colleague and I were tasked with getting a large computer system set up and operational on a network in time for business Monday morning.  My colleague had done this work many times before with other systems, but tonight we hadn’t gotten very far in the process and we were stuck.  The computer was not communicating with most of the devices on the network.  The support offices we needed to call for technical assistance were not open over the weekend.

I walked to the other side of the room to clear my thought and listen for inspiration.  We had been working on various aspects of this project for almost a year and had overcome many obstacles.  I was in the habit of turning to prayer for guidance and each time there had been a challenge it had been overcome.  As I thought about these experiences and the good this computer system was intended to accomplish, I felt a calm trust that God, Good wouldn’t bring the project this far and then abandon it.  My recognition that harmonious progress was a natural part of life, assured me that somehow, someway, we would be led to overcome this challenge.

At that point, I looked down at the printer I was standing by.  The printer, one of the only devices the computer would communicate with, had been spewing out paper for several minutes.  As I looked down I saw that the page emerging from the printer had a large heading: “Important – Read This”.  Following the heading was a single sentence that explained that due to an engineering change, we needed to issue a specific command to activate the circuit board in the computer that would communicate with the network.  This page was quickly buried by additional sheets of paper coming out of the printer, but we had our answer!  We were able to move forward and the system was operational on time!

Mary Baker Eddy, a Christian healer and writer pointed out the power in having a calm recognition of the naturalness of good.   In her book, Science and Health with Key to the Scriptures, she writes:


“Let neither fear nor doubt overshadow your clear sense and calm trust, that the recognition of life harmonious- as Life eternally is- can destroy any painful sense of, or belief in, that which Life is not.”

In this sentence, “Life” with a capital “L” is a name Eddy uses for God.  You can learn more about recognizing harmonious life and developing a calm trust in Life from Eddy’s book.  It can be read online, purchased through Amazon, or read, borrowed or purchased from the Christian Science Reading Room at 4602 Plettner Lane in Evergreen, Colorado.