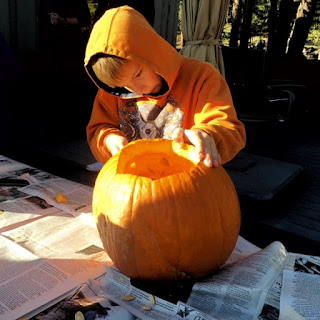 This year has been full of charges of sexual abuse and scandal.  Seemingly every corner of our society has been involved including church officials, educators, corporate executives, celebrities, and government officials.  It is good that light is being shined on this problem and that justice is being pursued. Is there more that we all can do beyond raising our awareness and supporting the resolution of this issue?  How can we play an active role in eliminating this undesirable attitude and behavior from our society?

I’ve been contemplating a statement made by Mary Baker Eddy in her book Science and Health with Key to the Scriptures.  She wrote:

“The sculptor turns from the marble to his model in order to perfect his conception.  We are all sculptors, working at various forms, moulding [sic] and chiseling thought. What is the model before mortal mind?  Is it imperfection, joy, sorrow, sin, suffering?  Have you accepted the mortal model?  Are you reproducing it? … Do you not hear from all mankind of the imperfect model?  The world is holding it before your gaze continually.  The result is that you are liable to follow those lower patterns, limit your lifework, and adopt into your experience the angular outline and deformity of matter models.”

Yikes!  I don’t want to be liable to follow these lower patterns or admit this moral deformity into my experience!  Eddy goes on to explain what we should do to prevent this:

“To remedy this, we must first turn our gaze in the right direction, and then walk that way.  We must form perfect models in thought and look at them continually, or we shall never carve them out in grand and noble lives.  Let unselfishness, goodness, mercy, justice, health, holiness, love – the kingdom of heaven – reign within us, and sin, disease, and death will diminish until they finally disappear.”

You can learn more about being a sculpting thought in Eddy’s book.  Science and Health with Key to the Scriptures can be read online or purchased from major booksellers.  You can also read, borrow, or purchase the book from the Christian Science Reading Room in Evergreen, Colorado located at 4602 Plettner Lane.
at September 25, 2018 No comments: 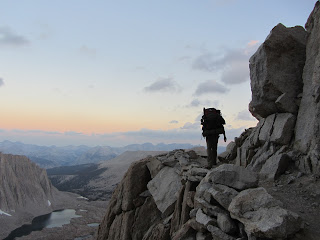 Positive-thinking or human will-power is considered to be an influence in human affairs.  Certainly, having a positive attitude is more helpful than a negative one and the drive to accomplish some goal is better than indifference and apathy.  But, positive attitude or human will alone isn't enough in many situations.  Mary Baker Eddy, a Christian author and teacher known for her extensive record of healing disease, wrote in her book Science and Health with Key to the Scriptures:


"Truth, and not corporeal will is the divine power which says to disease, 'Peace, be still.'"

What is the truth that heals and how do we bring it to bear on a problem that needs healing?  Eddy explains that in it's highest sense, truth is a synonym for God.  In her book, she capitalizes the word "Truth" when referring to this divine essence.  For example, Eddy describes Jesus's healing prayers as "deep and conscientious protests of Truth, - of man's likeness to God and of man's unity with Truth ..."  In other words, Jesus proclaimed the power and goodness of God, God's creation of man in God's likeness, and the indissoluble unity of this relationship between God and man.

I experienced an example of this power of Truth on a backpacking trip.  Throughout the trip, I had been able to carry a heavy pack and hike without getting tired or affected by the altitude.  However, as I started hiking the last day I felt a pain in my side.  The pain grew throughout the hike and I eventually became very weak.  It was tempting to speculate about a physical cause, but I refused.  I stuck with my inspiration of truth that strength wasn't about muscles, food, or air, but about my connection to God.  This wasn't positive thinking or willing myself to be well, but a conviction based on understanding the truth about my being.  As I held steadfastly to this truth, the pain disappeared and I resumed my normal activities.

You can learn more about the truth of your spiritual identity in the book Science and Health with Key to the Scriptures.  Read this book online or purchase it from Amazon or any major book retailer.  It is also available for sale or study at the Christian Science Reading Room in Evergreen, Colorado at 4602 Plettner Lane.
at September 15, 2018 1 comment:

Rights and Freedom We Can All Agree on Protecting 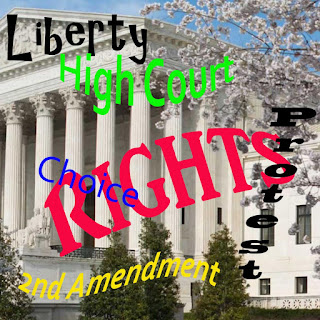 Currently in the United States, much thought, energy, and emotional anguish is focused on the selection of a new justice to the Supreme Court.  The candidate, Judge Kavanaugh, is being exhaustively examined to learn his views of our Constitutional rights, including the right to life, the right of a woman to control her body, the right to own a gun, and the rights of the executive branch of the United States.  Politicians and citizens are contentiously debating these important issues with one another.

As I considered these rights and the political and legal process for defining and protecting them, I was reminded of some even more important rights and an entirely spiritual method and power for their protection and enforcement.  Speaking of her discovery of Christian Science a few decades after the Civil War in the United States, Mary Baker Eddy, wrote in her book Science and Health with Key to the Scriptures:


“The voice of God in behalf of the African slave was still echoing in our land, when the voice of the herald of this new crusade sounded the keynote of universal freedom, asking a fuller acknowledgement of the rights of man as a Son of God, demanding that the fetters of sin, sickness, and death be stricken from the human mind and that its freedom be won, not through human warfare, not with bayonet and blood, but through Christ’s divine Science.”

The rights of man as a Son of God!

The fetters of sin, sickness, and death stricken!

Freedom won, not through warfare or political debate, but through the law of Christ!

It is inspiring to consider these rights and methods.  These are rights we can all agree on protecting!

You can learn more in Eddy’s book about your rights as a Son of God and how to win your freedom through Christ.  Read Science and Health with Key to the Scriptures online or purchase your own copy from Amazon.  You can also read, borrow, or buy this book at the Christian Science Reading Room in Evergreen, Colorado at 4602 Plettner Lane.

Receptivity of the Heart 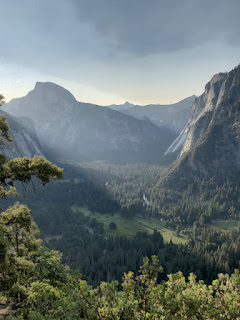 I was a physical scientist in my professional career.  I made observations, collected data, formulated and tested hypotheses, drew conclusions, and defended those conclusions based on my data and observations.  This has also been my lifelong approach to discovering, learning about, and experiencing God.  I am realizing, however, that spiritual investigation involves the heart as much as the head.  In her book, Science and Health with Key to the Scriptures, Mary Baker Eddy writes:


"The divine Spirit... is revealed to the receptive heart..."

And, speaking of the birth of Jesus as the human manifestation of the Christ (the power of God entering the human experience), Eddy wrote:


"Angels announced to the Wisemen of old this dual appearing, and angels whisper it, through faith, to the hungering heart in every age."

Recently, I was camping in Yosemite National Park.  The area of the park that I was in most of the time had no cell phone reception or Internet connection.  I was cutoff from the rest of the world.  One day, I was in an area for a short time where there was reception, so I turned on my phone to see if I had any important messages.  I found that my daughter had texted me a question just 20 minutes earlier.  I responded to that and then, before I had turned off my phone, an unexpected, but important business call came in.

To scientific reasoning, there is no proof that these timely events were anything but coincidence.  But I have experienced "coincidences" like this repeatedly throughout my life and my heart tells me that these are evidences of God's care and direction in my life.  Thank you God!