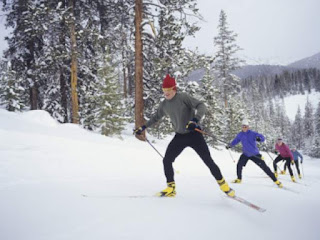 We most often think of prayer as a moment of humble listening for guidance or a request for some sort of help.  I was roused the other day with this additional idea of prayer from the book Science and Health with Key to the Scriptures.  Its author, Mary Baker Eddy, refers to Jesus’ prayer as “deep and conscientious protests of truth — of man's likeness to God and of man's unity with Truth and Love.” Elsewhere she says to “rise in rebellion” against symptoms of disease and discord rather than submit outright to them. This is a bold sense of prayer but one rooted in God, as all-powerful, all-loving, ever-present. We have authority to claim and assert our spiritual whole, healthy, and pure nature as a result.

This sense of protest became practical to me after a couple of hard falls during a Nordic ski lesson. Although I bounced up after each fall, the next few days I was feeling the aftermath of aches and pains.  I thought about praying as a “protest” rather than just tolerate, cope, or submit to the pain.  From a spiritual point of view, I had a right to feel and experience my God-given spiritual “likeness”.  The aches and pains left as I went forward with this stance.  I saw too, in the process, that this sort of prayer was not merely a naive or hapless denial—or some sort of psychological maneuvering---but rather a realization of spiritual truth and its workings as laid out in Science and Health.

To learn more about how you can protest in prayer, read or listen to Science and Health with Key to the Scriptures online.  You can also read, borrow, or purchase the book at any Christian Science Reading Room.  The Reading Room in Evergreen, Colorado is located at 4602 Plettner Lane.