The Influence of [Divine] Thought on Actions 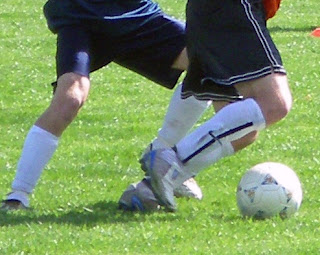 We all recognize that thought influences and directs our own and others actions.  Did you know that there is more than human thought at work and that we can turn to for direction?  Mary Baker Eddy, a Christian writer and healer, explained that there is a divine influence on thought which, when recognized and acknowledged, leads to healing and resolution.  In her book, Science and Health with Key to the Scriptures, she describes this phenomenon as:


"...a divine influence ever present in human consciousness and repeating itself, coming now as was promised aforetime, 'To preach deliverance to the captives [of sense], And recovering of sight to the blind, To set at liberty them that are bruised.'"


I experienced this divine influence in thought when I was coaching a middle-school soccer team.  At one practice a player accidentally kicked a teammate and a fight broke out between the two players.  I separated them, telling one to go sit on the bench while I tried to calm the other.  This boy was so angry I had to physically restrain him from going after his teammate.  I gave him the usual coaching talk of how it was an accident and that we had to get along with our teammates, etc, etc.  This did not calm the situation at all.  The player kept struggling and saying “I want to fight him!”

Then, I remembered Eddy's statement about the divine influence ever present in human consciousness.  Simply by acknowledging this influence, I found myself saying to the player, “I know you’re brave enough to fight him.  But I think that you are even braver than that.  I think that you are brave enough to walk over to him, shake his hand, and tell him that you are sorry that this incident occurred.”  At this point, the influence of the divine thought on this boy became apparent as well.  He stopped struggling, looked at me in surprise, and then walked over and did just as I suggested.  The incident was over.

You can learn more about this divine influence on thought in Eddy's book.  Read or listen to Science and Health with Key to the Scriptures online or purchase it at major booksellers.  You can also read, borrow, or purchase the book at any Christian Science Reading Room.  The Reading Room in Evergreen, Colorado is located at 4602 Plettner Lane.