Ghosts and Our Health 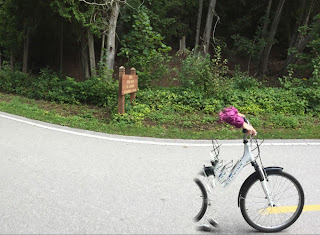 Does Halloween, the season for ghosts and other imaginary beings, have something in common with our health?  Mary Baker Eddy, a Christian healer, wrote in her book Science and Health with Key to the Scriptures:


“Disquisitions on disease have a mental effect similar to that produced on children by telling ghost-stories in the dark. … As frightened children look everywhere for the imaginary ghost, so sick humanity sees danger in every direction, and looks for relief in all ways except the right one.”

Halloween ghost-stories are all in fun, but fear of and suffering from sickness is no fun at all!  According to Eddy, public announcements about disease - such as news headlines about flu season appearing in local papers and grocery stores advertising free flu shots - may not be as helpful as intended.

Eddy discovered that the cause, occurrence, and spread of sickness have an overlooked mental component.  Ignorance of the mental cause of sickness and of the divine healing power our Heavenly Father bestows on us, causes us to fear becoming sick and to look solely to material remedies to regain and maintain our health.  According to Eddy, this fear of sickness and dependence on material means for health are just as misdirected as the belief in ghosts.  The last 100 pages of Eddy’s book contain accounts of people healed by looking for relief in the spiritual way she pointed out.

Check out this “treat”ment for yourself.  Science and Health with Key to the Scriptures can be read online or purchased from Amazon.  You can also read, borrow or purchase the book at the Christian Science Reading Room located at 4602 Plettner Lane in Evergreen, Colorado 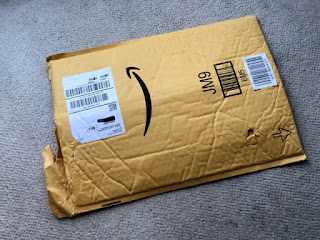 The recent spate of package bombs in America is disconcerting to all.  Healthy debate is a good thing.  Attempting to harm those you disagree with is always wrong!

What can a thoughtful person do to defend themselves and their community from such evil?  Mary Baker Eddy, a woman who advocated the practicality of a spiritual approach to solving problems, advised in her book, Science and Health with Key to the Scriptures:


"At all times and under all circumstances, overcome evil with good.  Know thyself, and God will supply the wisdom and the occasion for a victory over evil.  Clad in the panoply of Love, human hatred cannot reach you.  The cement of a higher humanity will unite all interests in the one divinity."

To learn more about how to bring a spiritual approach to your safety and problem solving read Science and Health with Key to the Scriptures online or purchase it from major booksellers.  You can also read, borrow or purchase it at the Christian Science Reading Room located at 4602 Plettner Lane in Evergreen, Colorado. 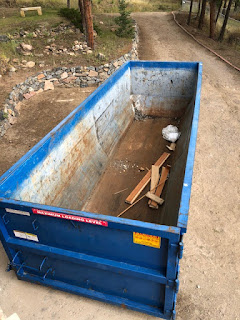 Did you ever wish that you had an unfailing, personal adviser with you throughout your day telling you what to say, where to go, what to do, how to act?  You do!

In her book, Science and Health with Key to the Scriptures, Mary Baker Eddy, a Christian writer and healer, speaks of:


"... a divine influence ever present in human consciousness and repeating itself, coming now as was promised aforetime..."

An experience I had illustrates this divine influence.  It was early morning and I was praying to understand that God directs all our actions.  As I prayed, I heard the beep-beep-beep sound that large trucks make when they are backing up.  It was the day for garbage collection and I figured it was the truck picking up in our neighborhood.  For no reason that I was conscious of, I got up and looked out the window.  It was still dark, but I could see the front of the truck in the street by our neighbor's containers.  Again, for no reason that I was conscious of, I stood there watching.

Suddenly, I realized this wasn't the garbage truck.  We were having our roof replaced and the contractor had told me that a large roll-off dumpster would be delivered and placed by our garage.  This was the delivery, but the dumpster was being placed in the wrong location.  I quickly went outside and corrected the situation.

As I returned to the house, I realized that without my asking or seeking it, I had been directed to aid in the correct placement of this dumpster.  This may seem like an insignificant event, but it is an example of the divine influence for good that is ever present in everyone's lives throughout the day.  We often ignore or overlook this influence, but as Eddy says, it is repeating itself and if we are receptive we will allow ourselves to be guided by it.

You can learn more about the divine influence and how to be receptive to it by reading Eddy's book, Science and Health with Key to the Scriptures.  The book can be read online or purchased from Amazon.  You can also read, borrow or purchase the book at the Christian Science Reading Room located at 4602 Plettner Lane in Evergreen, Colorado